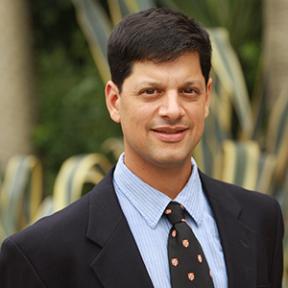 Ali Khan is Associate Professor of Anthropology and Dean at the Mushtaq Ahmad Gurmani School of Humanities and Social Sciences at LUMS. His research interests vary from labour issues to popular culture in Pakistan focusing particularly on cinema and sports. Ali Khan's book Representing Children: Power, Policy and the Discourse on Child Labour in the Football Manufacturing Industry of Pakistan was published in 2007 by Oxford University Press. He is also the General Editor for a series of seven books on Sociology and Anthropology in Pakistan. His last two projects have resulted in co-authored and edited books on cricket - Cricket Cauldron (I.B.Tauris, 2013) – and Pakistani cinema – Cinema and Society (Oxford University Press, 2016). A second edited collection on cinema was published in 2020 and a new book manuscript on cricket and society is ready.  Ali Khan has an MPhil and a PhD in Social Anthropology from the University of Cambridge in England.